How to: connect lines from two points with same attribute values in QGIS 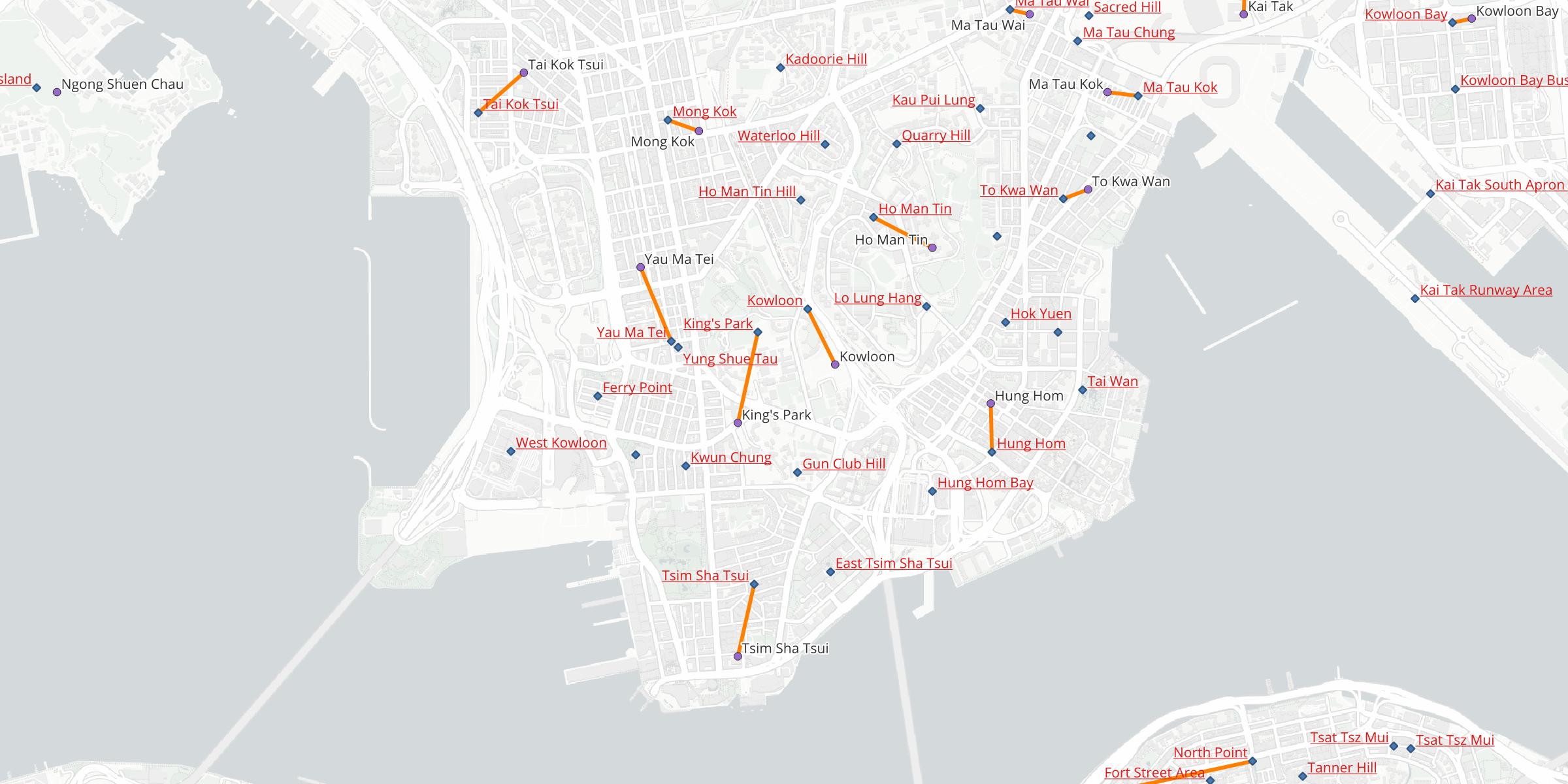 I have a new task to generate lines from two points with the same attribute value. After finishing this task with some googling, I believe it will be great to write a learning note of how to use the powerful QGIS Expressions to create geometries.

I need to create a bunch of lines which connect two points having the same attribute.

Full version with context of the task:

My task is to connect the points in these two layers with a straight line when they have the same place name.

The points from two layers (left), with the lines to be created (right)

You should see a new layer is created, with lines connecting the points with the same place name.

The output: A line layer of lines connecting points with same attribute value

So, what the heck is going on? What does that geometry expression mean?

What the tool does

In a nutshell, Geometry by expression is a function that allows you to create spatial data (i.e. geometries) programmatically.

What the expression does

Now you know what Geometry by expression is doing. The next is the code block using the generate the desired geometry.

Lines start with -- are comments and won’t be executed, just like # in Python and R. Thus, the code could be shorten as:

In QGIS expressions, variables start with the dollar sign $ refers to the current feature. In fact, you could search for the manual by typing the name of the functions in the Search box next to the expression builder. The user manual will appear in the white box on the right.

User manual of `$geoemtry` in the expression builder

In the next row, there’s a geometry() function outside. This function, as its name suggests, returns the geometry of the computed feature. The get_feature() function inside acts like Select by Attributes function in ArcGIS, or Select by Expression in QGIS. You could check the manual and see what this function does.

User manual of `$get_feature` in the expression builder

Finally, the things above are wrapped inside a make_line() function. This function, as explicitly tell by its name, creates a line geometry from a number of points. It takes all arguments and create a line in the order of arguments provided.

User manual of `$make_line` in the expression builder

So, in plain English, the whole expression is going to:

For all points in the GEO_PLACE_NAME layer, create a line with:

Exactly my task I stated at the top of this blog, yet in a more programmatic way.

TIP: When you press control and click on the get_feature function inside the expression editor, the right hand side will automatically pop up the manual of the function.

Immediately get the manual of the function using `Ctrl + Left Click`