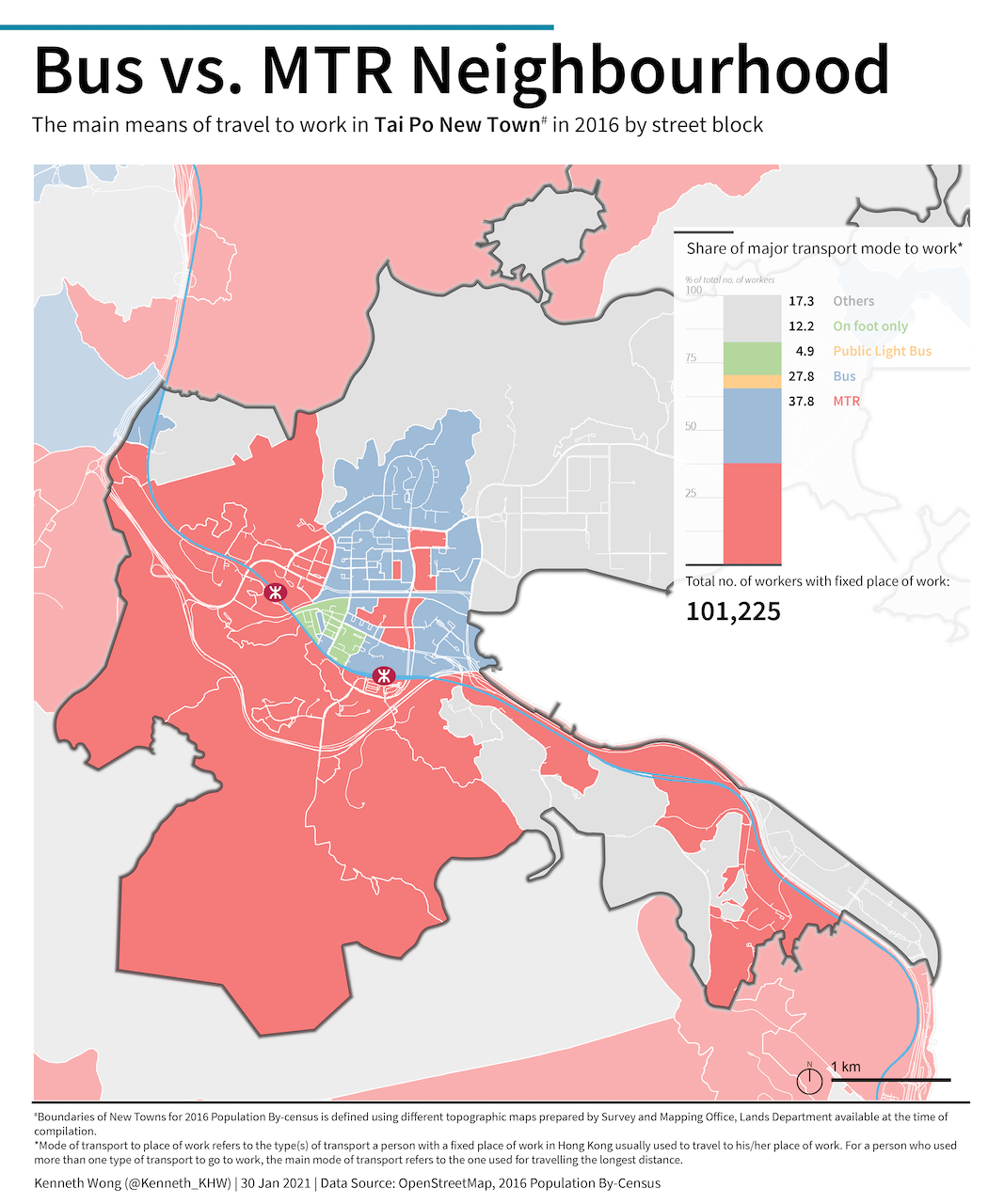 After nearly one year I published the article Bus neighbourhood vs. MTR neighbourhood on Medium, I finally have time to revisit the whole topic and post some updates, including another new article (on Medium again).

At that time when I posted the article on Facebook, one of my friends wanted to understand deeper about the statement “Majority of street blocks in Tai Po are dominated by bus commuters instead of MTR commuters.". As I am currently looking into the development history of new towns in another project, I decided to distinguish the commuting pattern by new towns and include Tai Po as one of the focused new town. 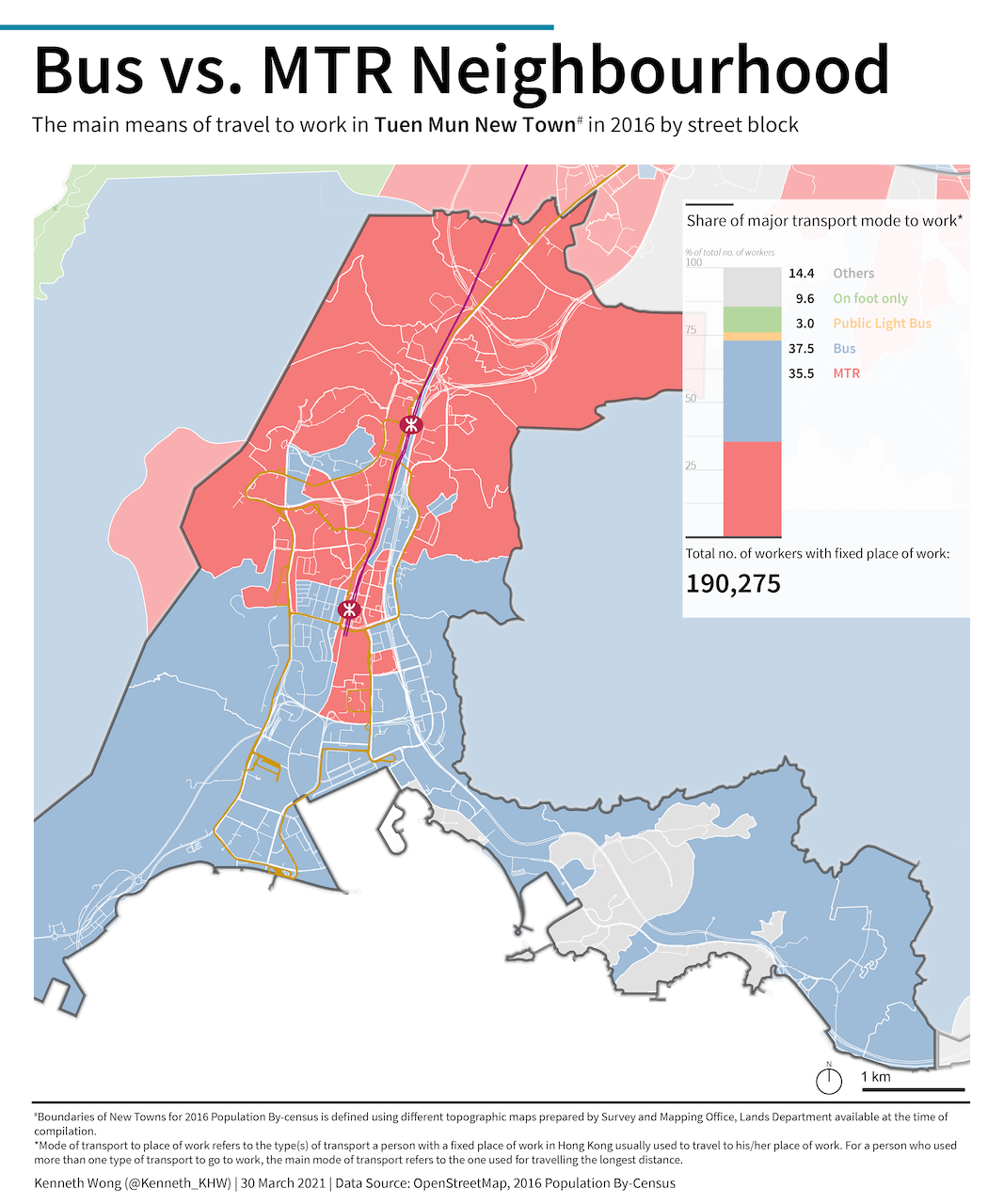 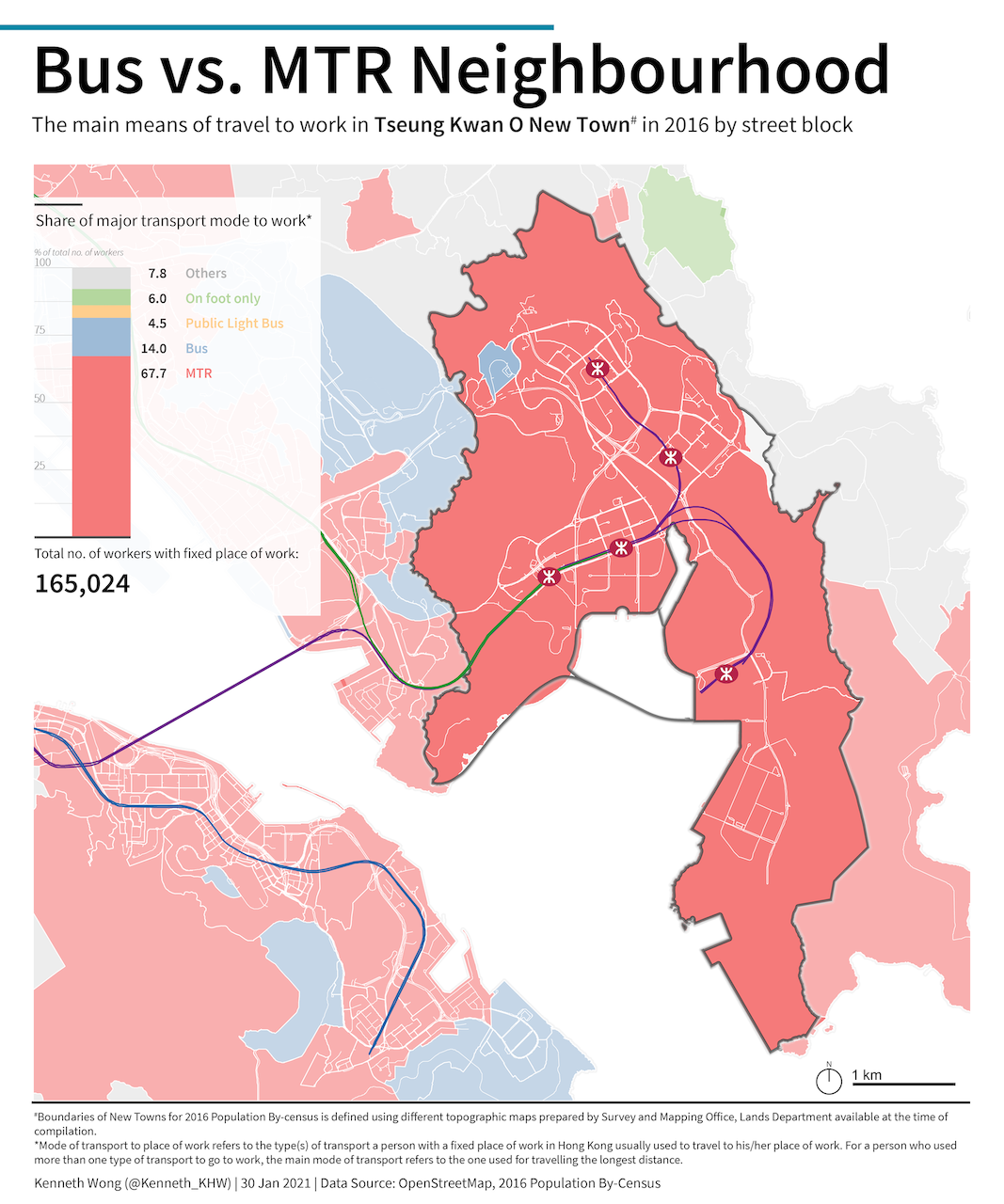 And also a stacked bar chart for comparing the composition of various types of commuters. 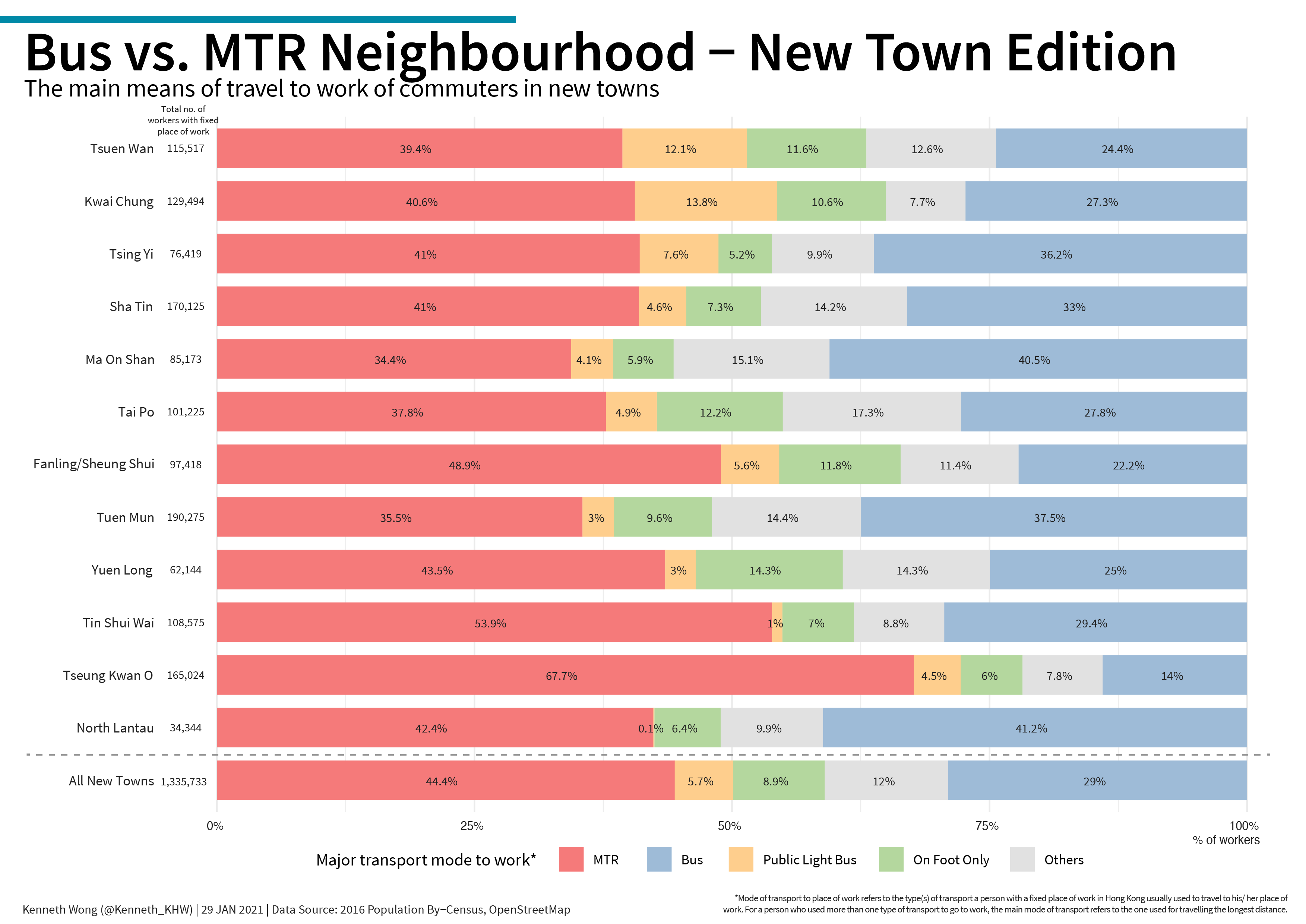 Beside commute to work, the 2016 population By-Census also published figures about the main mode of transport to place of study. Alternatively speaking, it is the major commuting mode of students, regardless of their attaining education level. The On foot only category substantially rise when comparing between going to office and going to school.

This map is actually produced at the same time I was working with the original map. Still, I found this map not that fascinating and the commute pattern of students sounds not that interesting. So I decided to throw this map away into an unknown folder.

Now I have this website. And this blog may be a good place to place this forgetten map. 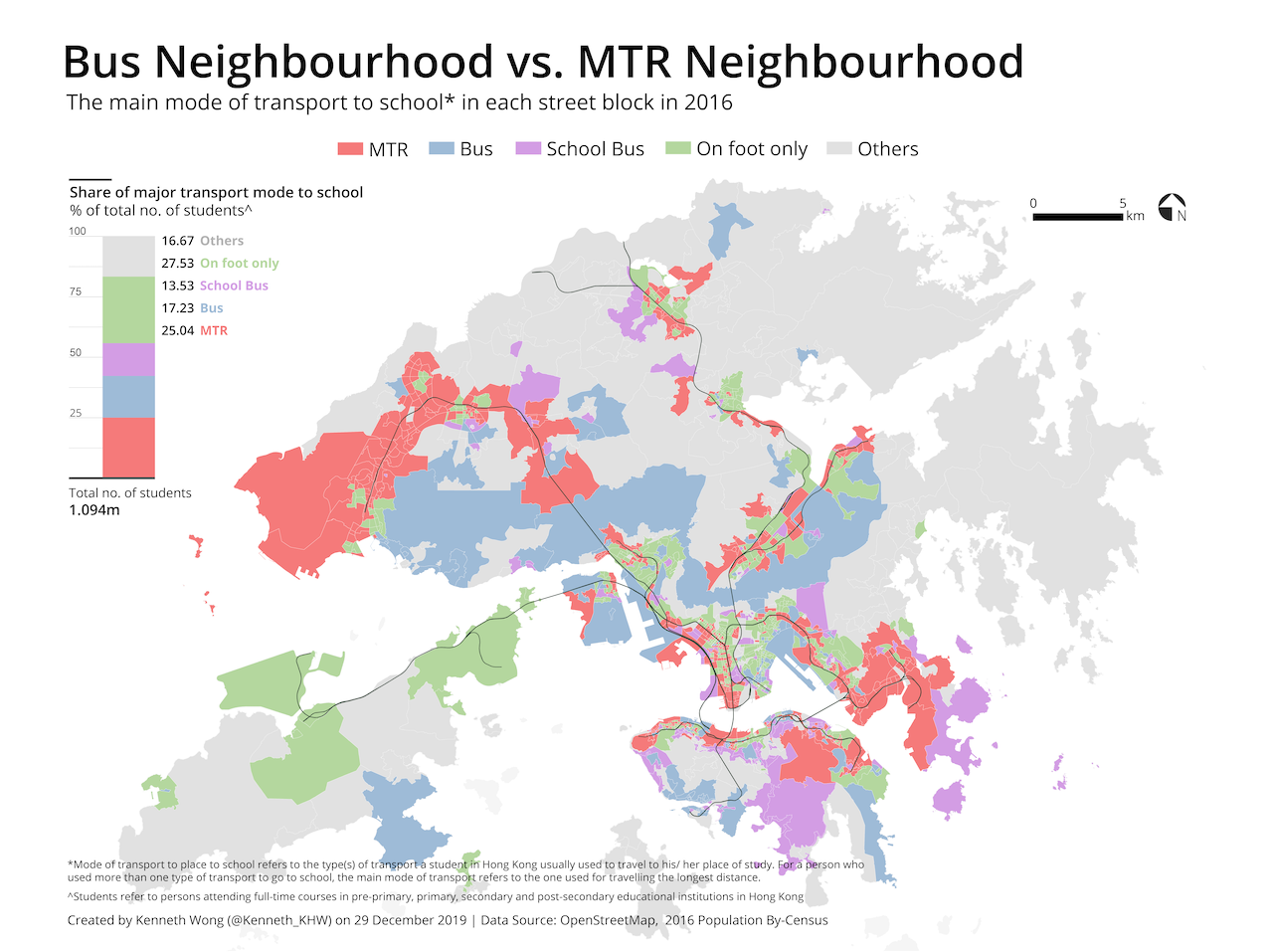